I never ate chicken and dumplings growing up so my experiments with trying different recipes aren’t based on trying to recreate anything from my childhood but just playing around with a dish my girls and I all liked the first time I made it. 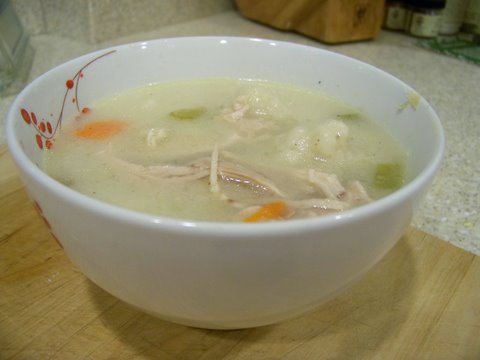 The first chicken and dumpling recipe I tried was good, but I don’t like relying on store bought “cream of whatever” soups.   Last night, I merged a few recipes. I think the dumplings were better in the first recipe because of the parsley and cayenne. These were bit bland.

But I liked just drizzling the flour and water into the soup to thicken it rather than adding a creamed soup. So next time I might combine the recipes.