My latest adventure from Dinner: Changing the Game by Melissa Clark is this Crispy Salt and Pepper Pork. It’s been great fun trying so many new recipes! The idea is that each recipe constitutes a whole dinner, although many need a salad or some side dish to my mind.  Maybe that’s just because I like variety!  Clark says upfront that she’s not a fan of the protein and two sides typical dinner. I’ve written up the recipe for the harissa chicken here.

Here are some of the recipes I’ve made. 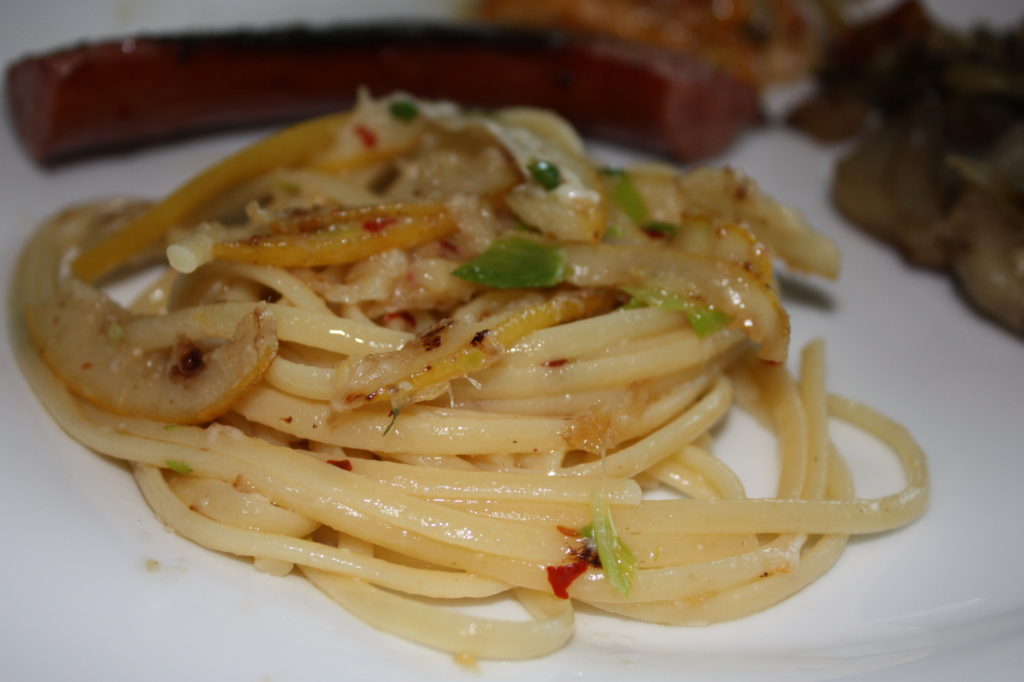 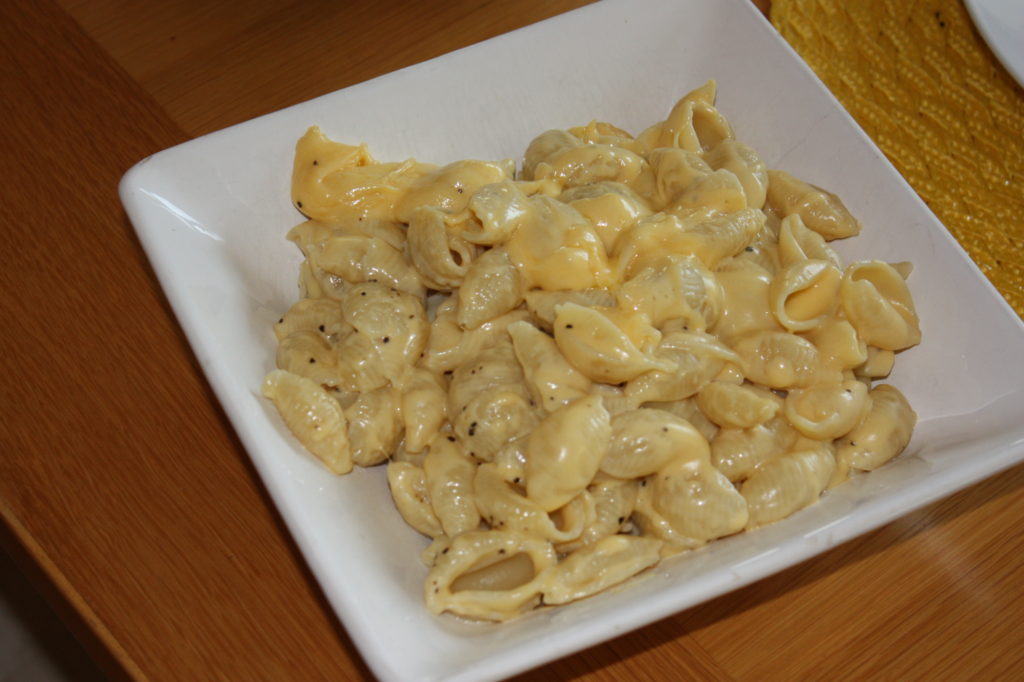 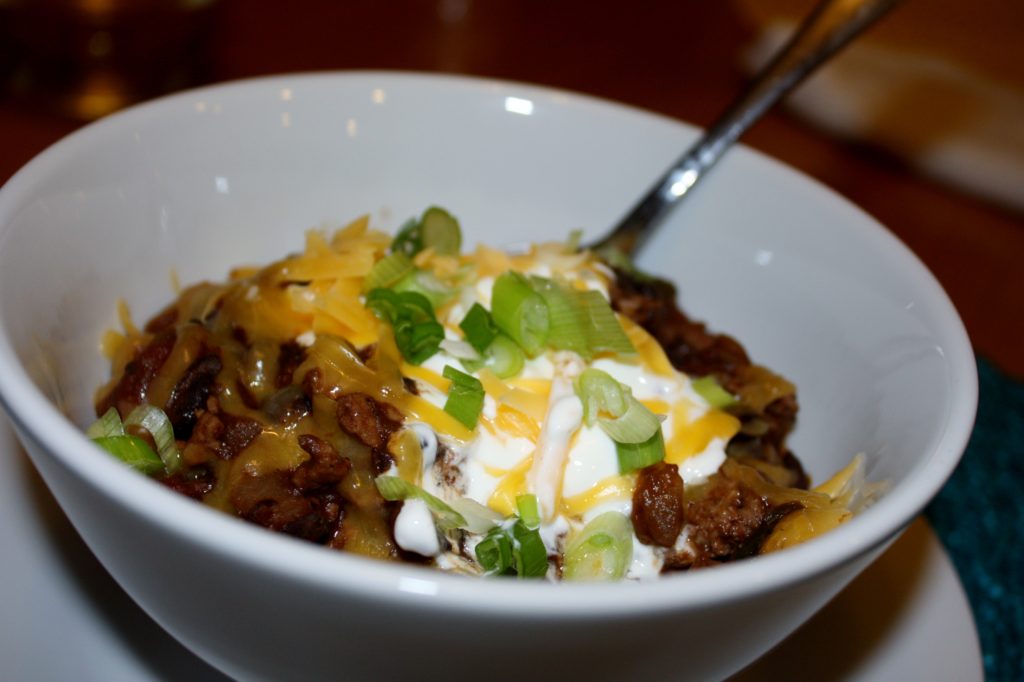 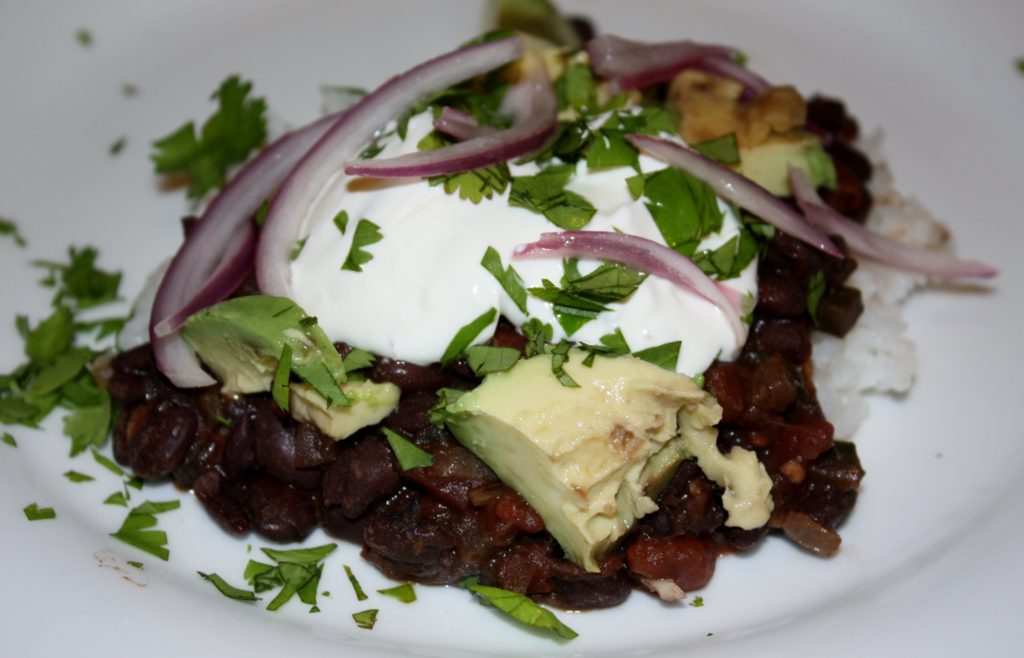 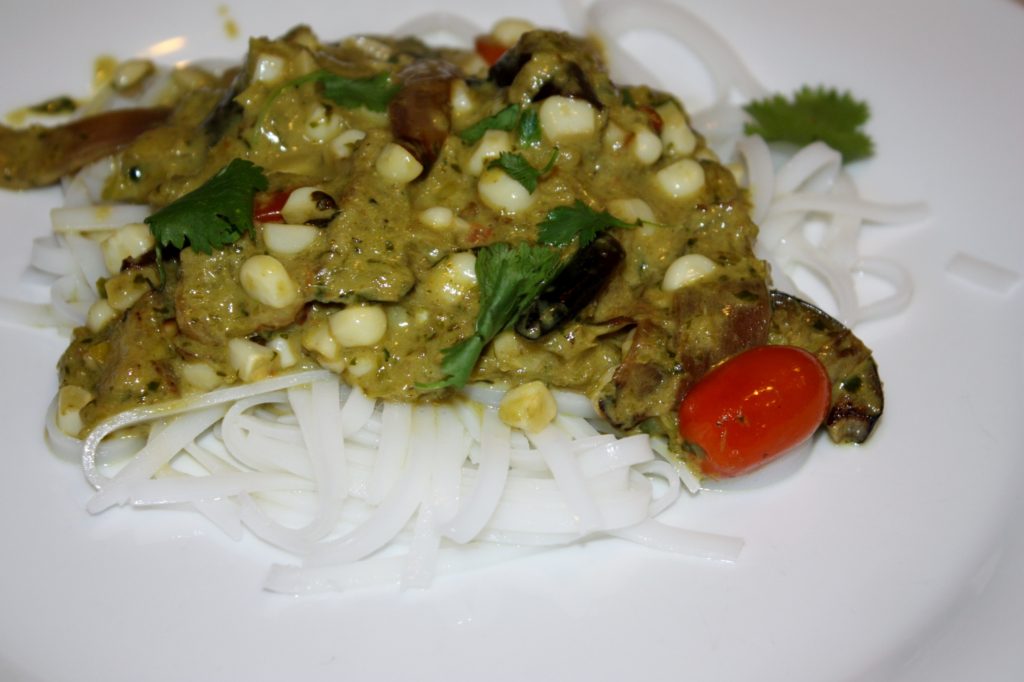 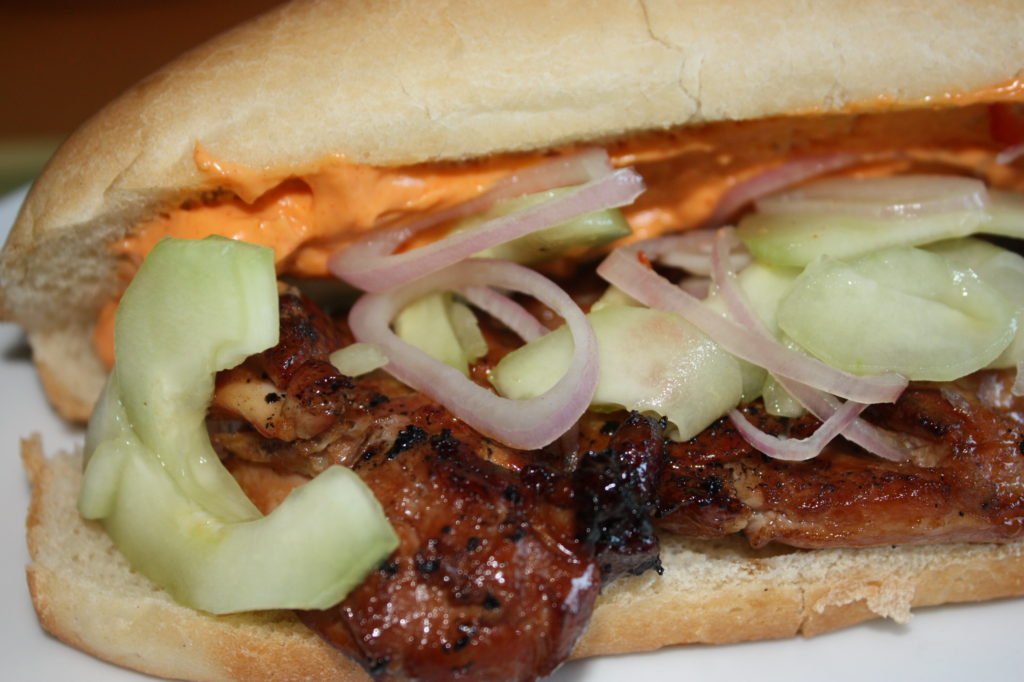 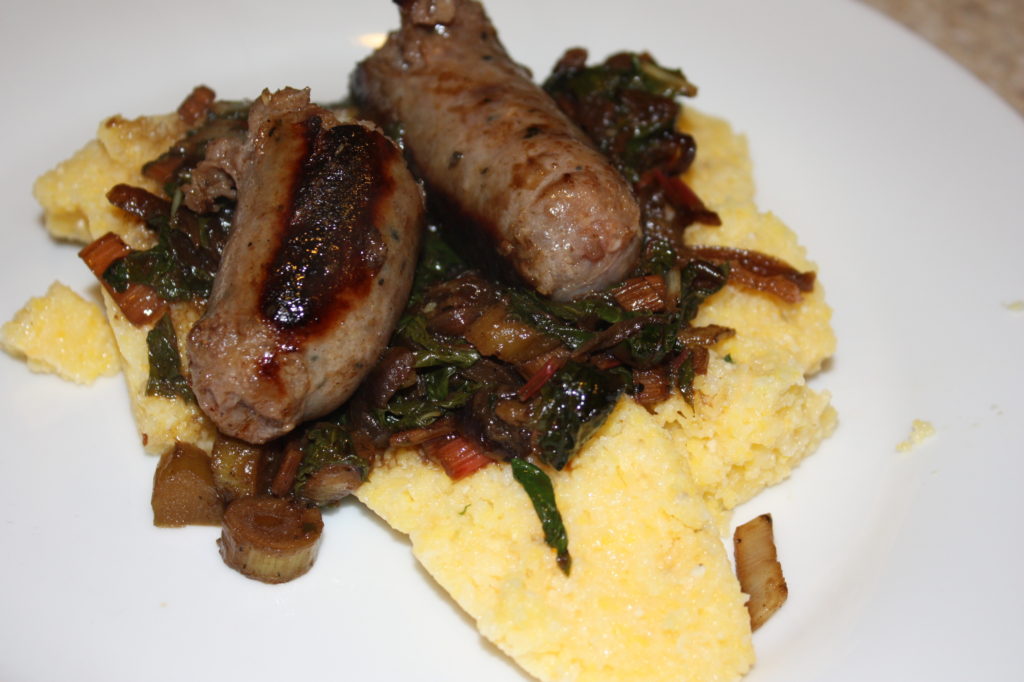 Sausage with Chard and Rhubarb 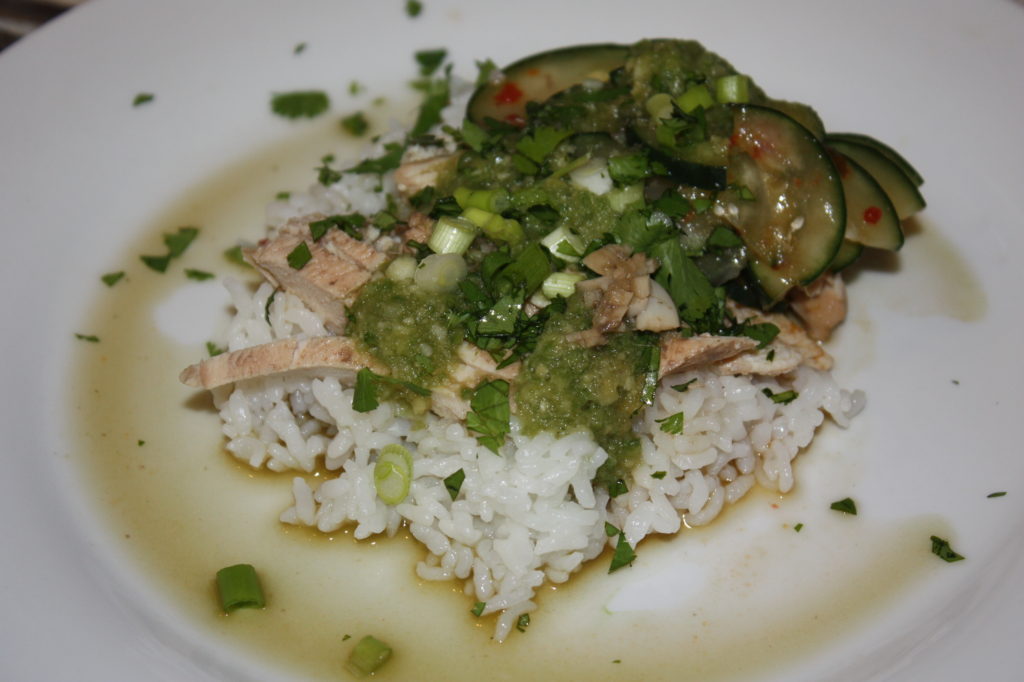 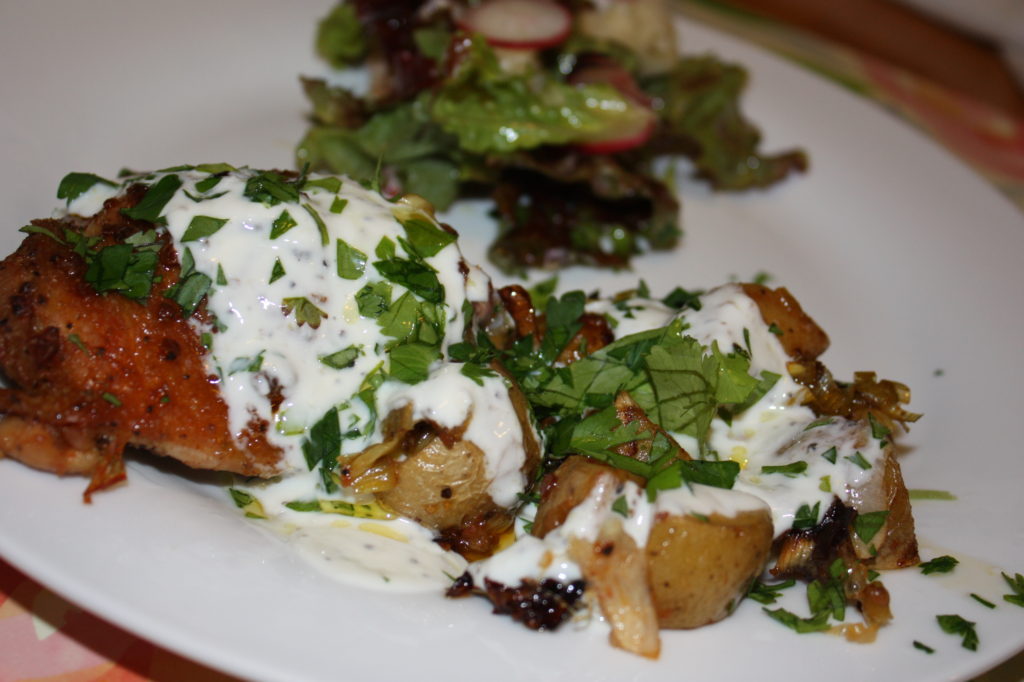 Last night I made Crispy Salt and Pepper Pork. I didn’t have the sichuan pepper she called for so just used more black peppercorns. What was new was the idea of cooking chunks of pork shoulder quickly rather than slowly, as is more usual. She gave credit to Nigel Slater’s Eat, which I have so I went and looked at his recipe. She suggested serving this with coconut rice as well as lettuce, cucumbers and and lime wedges. He suggested serving it with iceberg lettuce. Plain lettuce, even with lime juice, sounded a bit boring to me so I mixed up a quick salad dressing with rice vinegar and ponzu sauce and I added some sliced cucumbers as well.  The salad was the perfect accompaniment to the crispy peppery pork. I think I would skip the coconut rice next time. I also cut the pieces smaller than her recommended 1″ cubes, probably more like 1/2″.

This was really good and so fast and easy.  Most of the recipes in this book are pretty fast to make and each is labeled with how much time it takes. I think her serving sizes are a bit off sometimes, as I mentioned before, but overall there is lots to spark your creativity for weeknight dinners in here. There are many more dishes in here I want to try and many that will definitely be repeated (and already have been!).