I was in the mood for soup and had chicken broth in the freezer, but no cooked chicken. Could have added some chicken pieces to this if I wanted more protein but I’d had a bean heavy lunch and didn’t feel the need. I used a few cups of leftover mixed vegetables I had in the freezer that I labeled “for vegetable soup.” Some carrots, diced tomatoes, tomato sauce, celery, peas. Started with a quart of my homemade chicken broth but it was concentrated so I added a few extra cups of water. If you don’t like spicy, you can leave out the Creole seasoning and just call it vegetable soup. 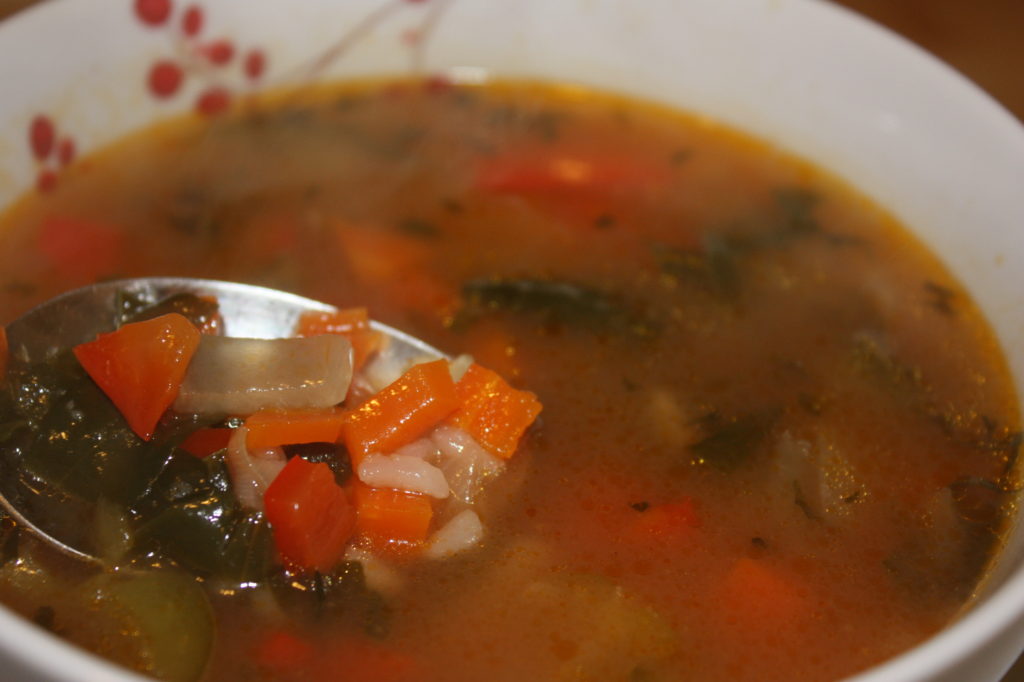 Soup is so flexible–as long as you have good broth!  You could of course start this all by browning some chicken pieces in the pot with the oil, then adding water to make your own broth.

I also like a bit of bread with my soup, either sliced and served with or made into a large crouton like thing and put on top of the soup. Tonight, I pulled a few slices of a baguette from the freezer (just slice and freeze!) and then buttered them and topped with a seasoning that was originally meant as a salad topping. I put those under the broiler a few minutes until the crisped up then put on top of the soup. Perfect! 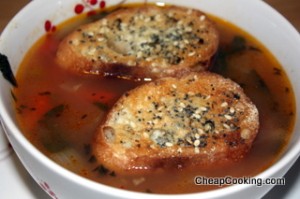