I’m not sure what the qualifications are for a soup being called minestrone but I started with this minestrone recipe from MrsWheelBarrow. I halved it roughly, although it was so good I’m questioning that decision!  I used a can of lima beans, drained, rather than dried, left out the sundried tomatoes because I had none, a bit more regular tomato paste rather than double strength, which I’ve never even seen, used a yellow zucchini rather than green because I had one and used regular green cabbage rather than Savoy because I had one. (Mainly, I’ve been treating the chickens to a few leaves of it now and then.)  I also used homemade chicken broth rather than vegetable broth.  And I left out the garnish of grated Parmesan because it tasted so darn good already.  Served it with some homemade crusty bread and it was perfect.

This was ready much faster due to using canned beans. Pre-cooked beans from your freezer would work as well. Minestrone is nothing if not flexible! 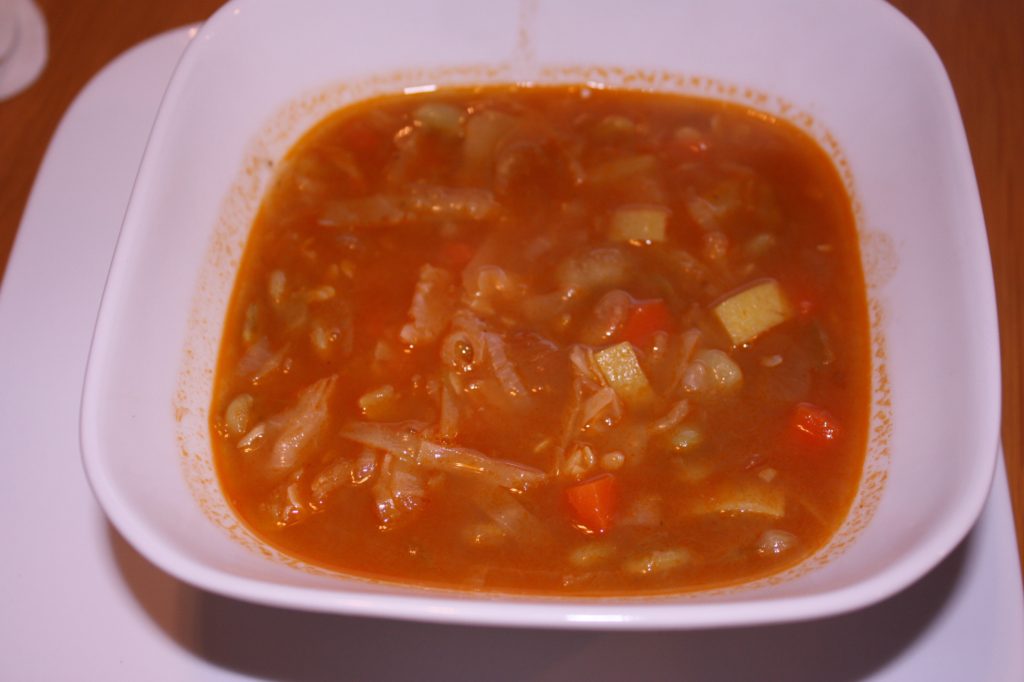 Peel and slice the onions and then prep the rest of the vegetables while the onions cook.