This Breaded Fried Shrimp with Spaghetti has broccoli and asparagus and a light sauce. What’s not to love?!  This is another fantastic recipe from Lidia’s Italy in America, one of my favorite Italian cookbooks. I am new to cooking shrimp. I’ve said it before–I’m just not a big fish / seafood person. But this recipe I will make again!  I left out the mushrooms and cut back everything by about 1/3. For us this made 4 adult servings (3 at dinner and 1 for lunch the next day, which apparently was quite good. I was not the one who ate it so I can’t report details! 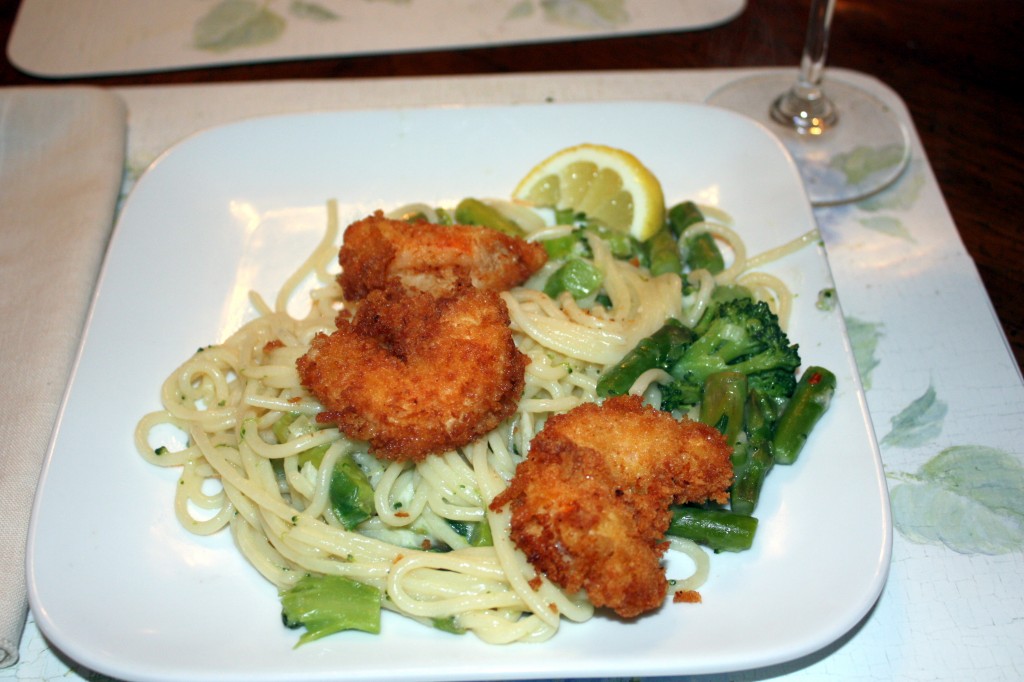 It’s a bit tricky to get the timing down but well worth it.  Prep everything (defrost shrimp if frozen, chop asparagus and broccoli, slice garlic, grate cheese, fix up flat plates of flour, egg and bread crumbs, slice lemons, slice green onions…) while you bring a large pot of salted water to boil for the pasta.  Set up a plate with some paper towels on it to lay the shrimp on as they are done. 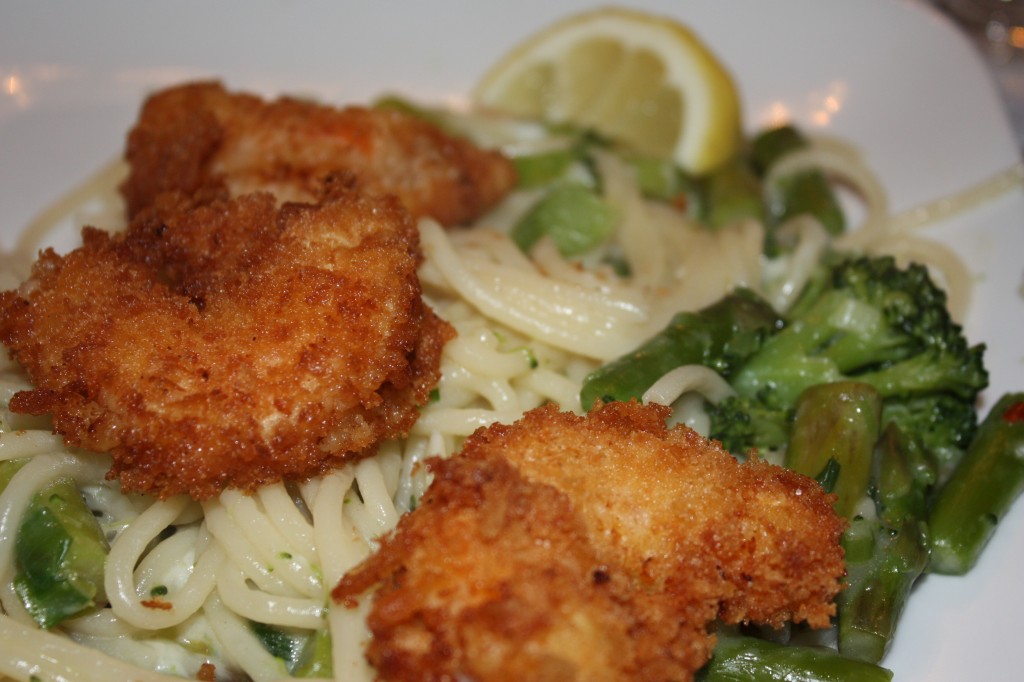 It sounds like a lot of work but this was by far one of the best shrimp dishes I’ve made.  And of course you could just fry the shrimp and use on other things as well (salads, etc.). If I was going to change anything in this, I might add more vegetables. The original recipe included mushrooms so I used more broccoli and asparagus instead.  I think I could have used more of each and it would not have felt “vegetable heavy.”  Plus the shrimp makes it all good anyway!