Warm chicken on cool lettuce makes a great combo: Chinese chicken salad, Caesar salad with grilled chicken, etc.   This chicken is rubbed with cumin, coriander, salt and pepper before being cooked. The dressing has balsamic vinegar, sesame oil, peanut oil and sliced scallions and the salad is topped with sliced radishes.   My teenager loved it and claimed the leftovers to take to school for lunch today. 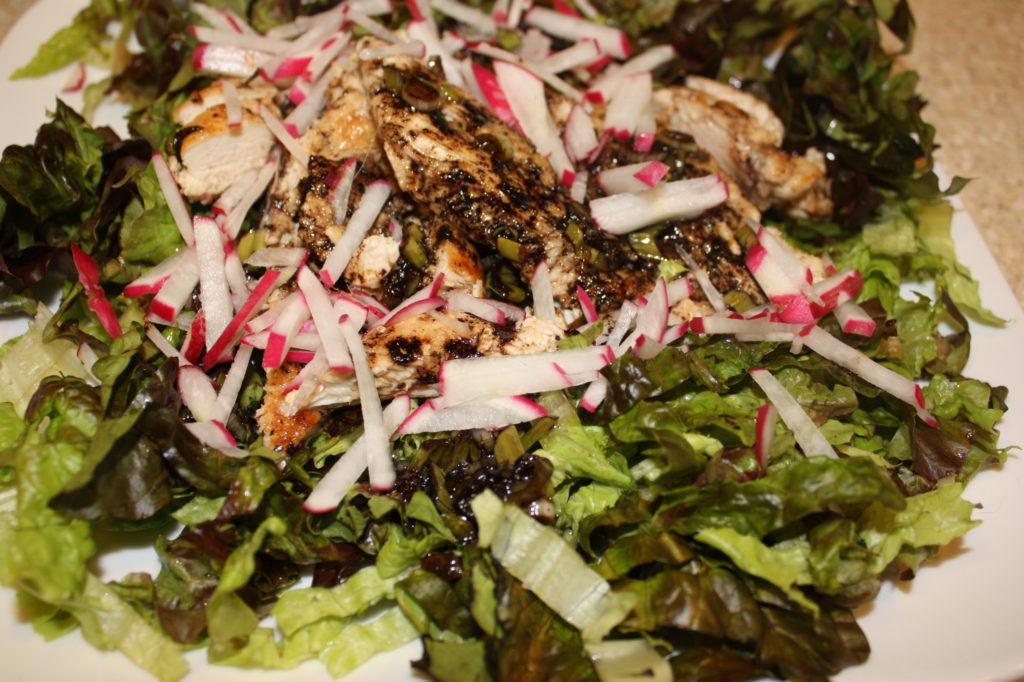 The original recipe, in one of my old favorite cookbooks Let’s Eat In Quick and Delicious Weekday Meals

, called for Romaine lettuce, which would add a nice crunch, but it was awfully tasty with the red leaf lettuce I used last night. Radishes were from my garden, and rather than just slice them I used a cut I learned from a Japanese cookbook, slicing them first, then laying the slices on top of each other and cutting into matchsticks so each piece of radish has red tips. I used half the chicken called for but kept the spice rub the same quantity so if you don’t like things quite as spicy, you can halve the spice rub or double the chicken.