Notice: Function add_theme_support( 'html5' ) was called incorrectly. You need to pass an array of types. Please see Debugging in WordPress for more information. (This message was added in version 3.6.1.) in /var/www/wp-includes/functions.php on line 5835
 Broccolini Melts | CheapCooking );

The other day I said I needed to take Smitten Kitchen Every Day back to the library before I make any more of her desserts but that the book is full of good sounding healthy recipes as well. I’ll share one to give you an example: Broccolini Melts.

She has something against tuna melts that I don’t understand but it sounded like a great idea to put broccolini on toast and cover it with cheese and broil it, whether or not you like tuna. I love broccolini and sausage with pasta. Then I added it to a pizza, which was also fantastic.  This doesn’t have any sausage but I think it would be great if you added some cooked Italian sausage to it if you wanted something more substantial. But it was very satisfying without and made a nice lighter dinner after a fuller lunch. 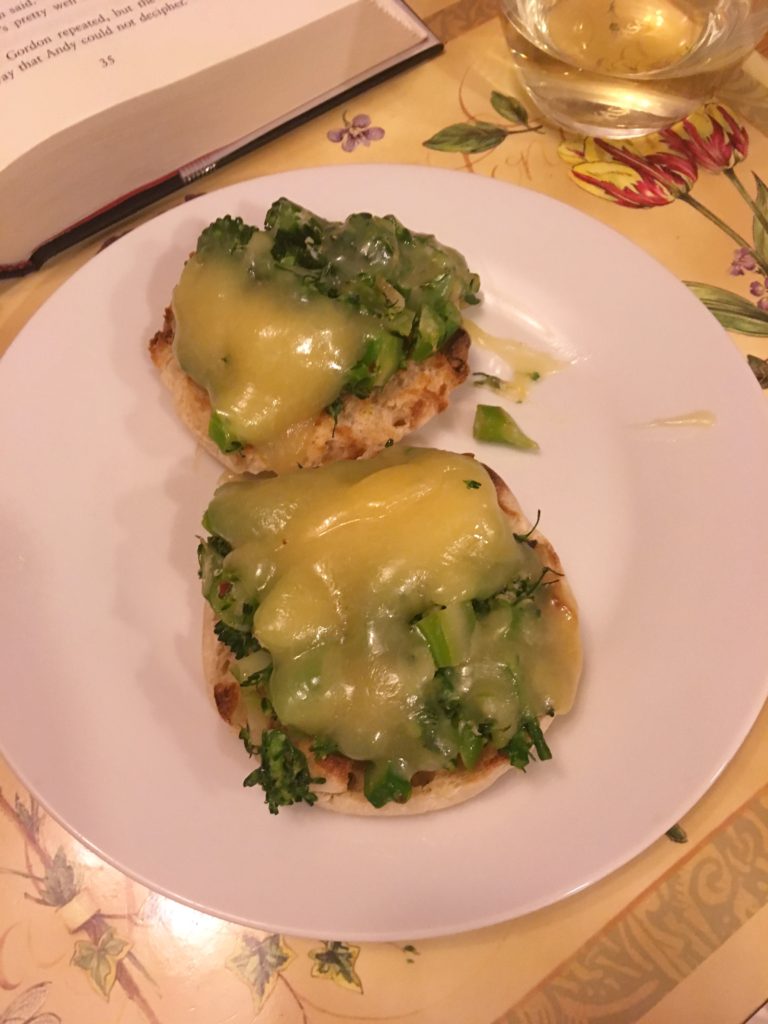 This made me think about other vegetables that I like on pasta and pizza. Roasted cauliflower, for example. I think that would also make a great “melt” type sandwich.  Really almost anything covered with melted cheese on good bread is bound to be good! I remember that one of my favorite cookbooks, Desperation Dinners has a chapter called “Food on Bread,”  which expanded my ideas on what to put on bread.

I made a few minor changes based on what I had in the kitchen. I used white cheddar instead of the provolone she called for because that’s what I had. I used toasted English muffins rather than sliced bread because they’re more “melt-like” to me. I also used grated Parmesan instead of the Pecorino she called for because I can only keep so many cheeses around and Parmesan gets my vote for the most versatile. (I buy a chunk at Costco and it lasts me a good long time. I just grate it as I need it.)

You could make this with broccoli of course. Just peel the stalks a bit before cutting into chunks so they cook evenly. 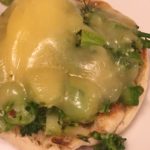 LIghtly cooked broccolini on a toasted English muffin topped with cheddar cheese, then broiled until the cheese melts.
Servings: 2