Notice: Function add_theme_support( 'html5' ) was called incorrectly. You need to pass an array of types. Please see Debugging in WordPress for more information. (This message was added in version 3.6.1.) in /var/www/wp-includes/functions.php on line 5831
 Cauliflower Cheese & Beer Soup | CheapCooking ); 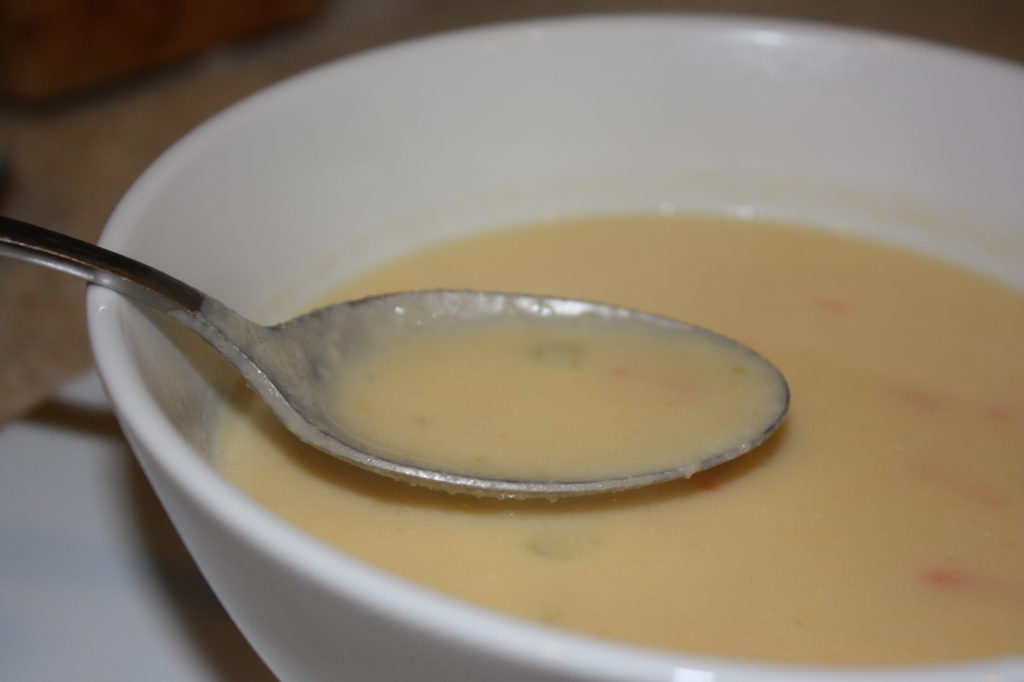 I have made cauliflower soup many times and I’ve made cheese and beer soup several times, and plain cheddar cheese soup as well. The other night it was cold here and I wanted soup again.  I’ve already made one batch of vegetable soup from Thanksgiving’s turkey. But I wanted something heartier this time. I spotted the cauliflower in the fridge but I as pulled the Cheddar cheese out, I remembered a beer and cheese soup I’d made at some point so I decided to combine them. I also stole the idea of adding some blanched carrots and celery from the Simon Pearce Vermont Cheddar Soup I’ve made a few times. They add a nice little crunchiness to the soup and go just as well with this cauliflower cheese and beer soup as they do with the plain Cheddar soup I linked to.

If you don’t have an immersion blender, consider getting one. I use mine all the time making soup like this. It’s much easier (and safer!) than trying to blend hot soup in a blender.