I’ve made bubble and squeak several times but I’ve always made it by cooking the cabbage and potatoes separately or using leftover mashed potatoes. As I was thumbing through Joy of Cooking (Amazon link) the other night I saw that they cook the potatoes and cabbage (and green onions) together in one pot, then mash them up and add butter, milk, salt and pepper.  Why did I never think of that?!

You can just eat the colcannon that way, of course, but I think to call it bubble and squeak you form it into patties and panfry to get a bit of a crust on the outer edges. I like the texture that way although it’s good without frying too.  If you are going to fry it, use a bit less milk than you normally would for mashed potatoes so they hold their shape. I made mine a bit too soft so they fell apart a bit when I turned them. They still tasted great though! 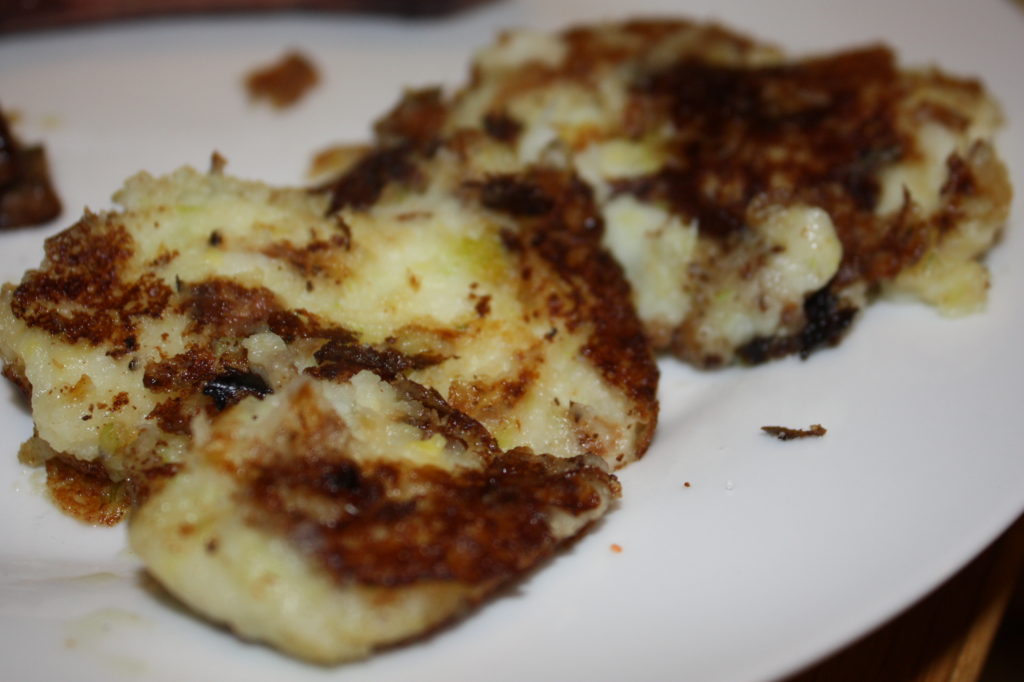 Bubble and Squeak – Mashed Potatoes with Cabbage and Onions