Notice: Function add_theme_support( 'html5' ) was called incorrectly. You need to pass an array of types. Please see Debugging in WordPress for more information. (This message was added in version 3.6.1.) in /var/www/wp-includes/functions.php on line 5831
 Cheater Carnitas from Leftover Pork Tenderloin | CheapCooking );

Home » Cooking for One » Cheater Carnitas from Leftover Pork Tenderloin 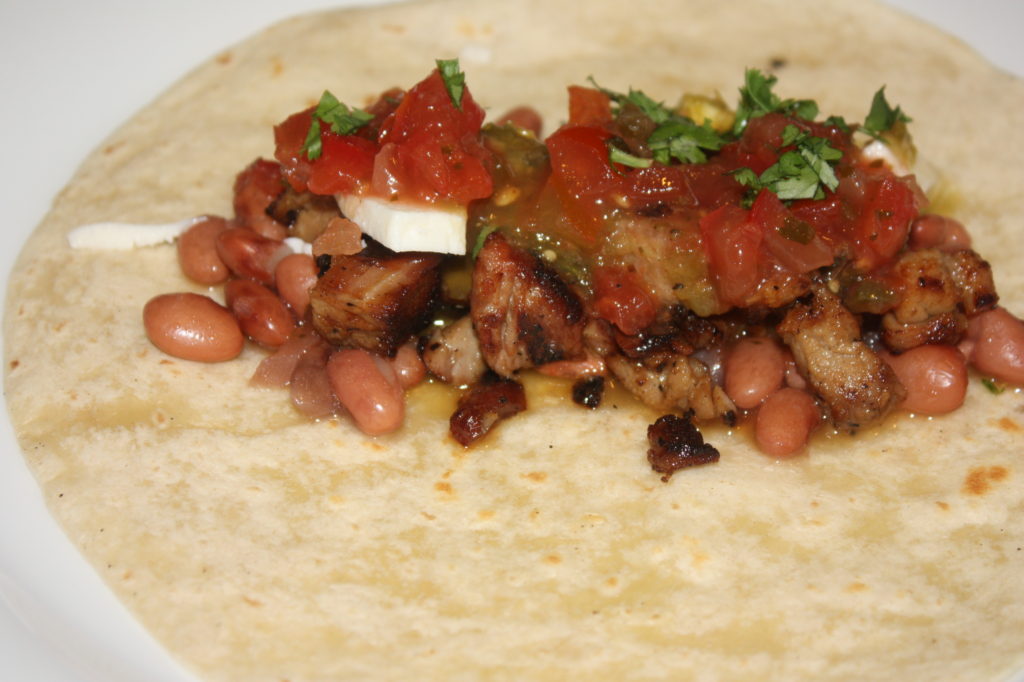 Yesterday I had some leftover grilled pork tenderloin, which I’d slathered with Dijon mustard and black pepper before grilling, and went through several ideas of how to use it. I settled on making some cheater carnitas. I chopped up the pork tenderloin into small cubes and let the cooked meat sit in some lime juice, orange juice, minced garlic, brown sugar, ground cumin and salt while I threw some pinto beans in the pressure cooker with a spoonful of lard and a chopped onion, my go-to seasonings for most beans.

When the beans were done, I heated a bit more lard in a cast iron skillet and cooked the marinated pork cubes until they were a bit crispy on the outside. Man were these good! Good enough to eat the exact same thing for lunch today!

I also made some cheater Mexican corn. I cooked the corn in the microwave while it was still in the husk, then cut the corn off the cob. I added a bit of butter, a dollop of mayonnaise, some cubed Mexican queso fresco, chopped cilantro, some lime juice and a few dashes of hot sauce. 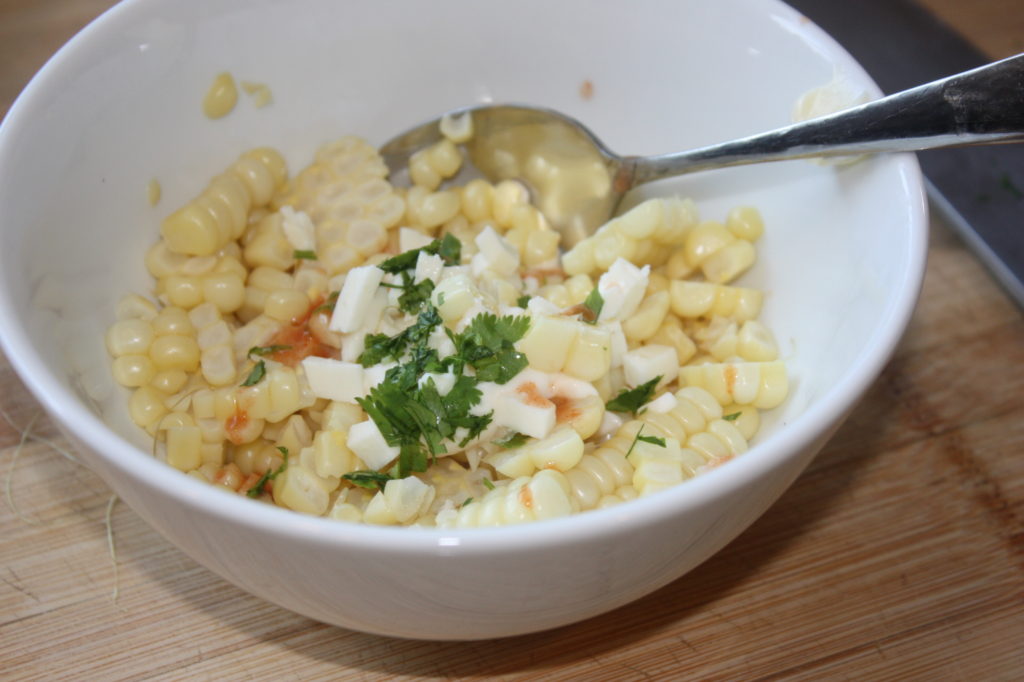