I’ve got several zucchini plants in the garden this year. I’m a glutton for punishment! I’ve been really good about checking on the zucchini every morning and evening–they grow that fast sometimes!  And still one escaped me: how did I not see this? 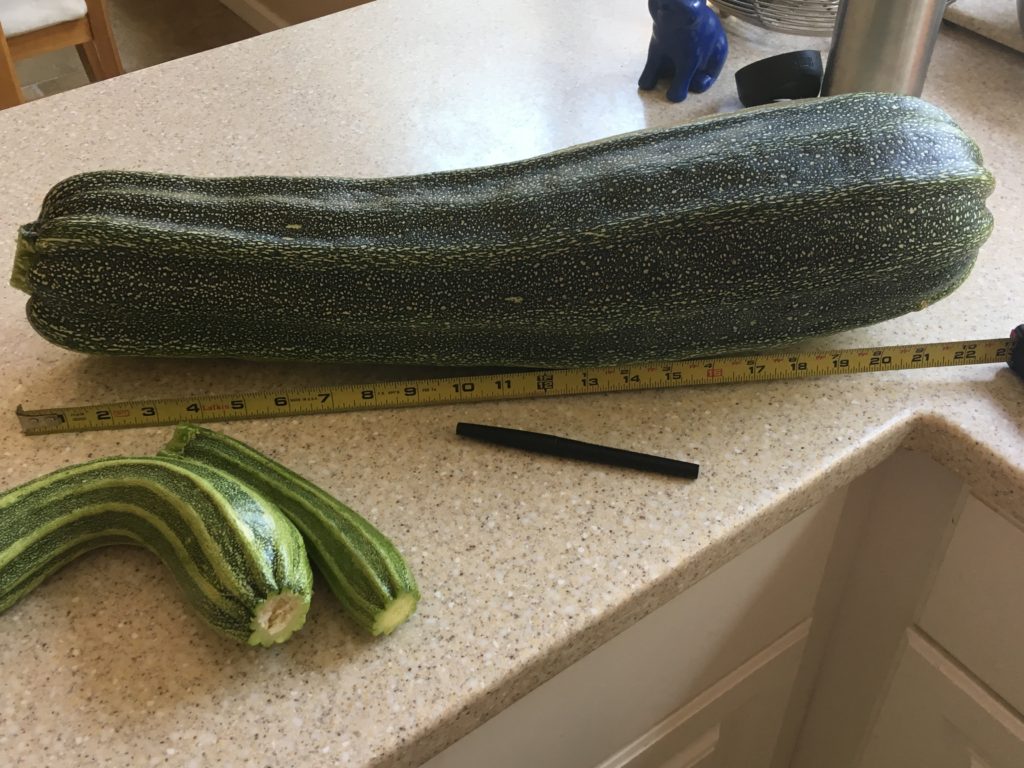 The smaller ones I enjoy sliced and grilled with other vegetables or in one of these recipes:

And new to me this year is fried zucchini. At one of our local restaurants, my friend Diane always likes to order this as an appetizer. I’ve made it a few times now in various shapes.  I think it benefits greatly from a squirt of fresh lemon juice. If you cut the zucchini lengthwise, you can roll them up with a few capers inside. They also make good sandwiches, especially with some sliced tomato or marinara sauce.

But my favorite way to eat fried zucchini, so far, is cut into thick slices and served with some homemade Ranch dressing. 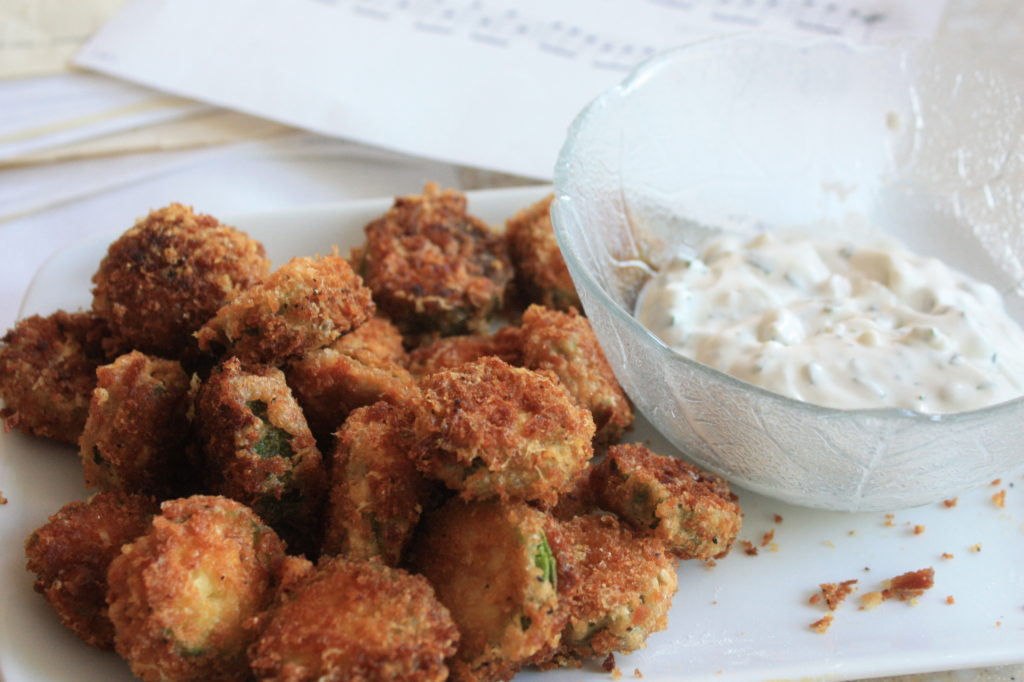 Slice the zucchini into thick coins.

Put a handful of flour in one shallow bowl or pie dish, an egg with a pinch of salt in another, and some breadcrumbs with some grated Parmesan in a third. Beat the egg with a fork.

Heat some oil in a pan, enough to cover at least half the height of the zucchini. While you’re waiting for the oil to get hot, use two forks to put each slice of zucchini into the flour and coat, then into the egg and then into the breadcrumbs, rolling around to coat evenly. Put the breaded slices on a wire rack.

Test the oil by putting a pinch of flour in it. When it sizzles, the oil is hot enough. Cook the zucchini a few minutes on each side, until soft through (poke it with  paring knife or fork to test) and browned.  Put the zucchini on a paper towel lined plate to drain.

Squirt a little fresh lemon juice on the zucchini and serve with homemade Ranch dressing.