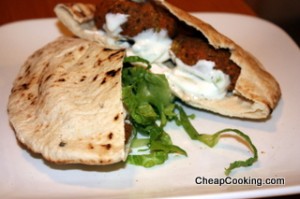 Dinner last night was falafels. I will try to make them from scratch at some point. I see a recipe in Jerusalem: A Cookbook

that I’d like to try. I did use the recipes in there for the tahini sauce and yogurt and cucumber sauce.

But last night I used a mix I picked up at a local Mediterranean grocer. That’s also where I bought the tahini paste although I do sometimes see that at our regular grocery store. And pita breads don’t seem to be hard to find at all!

First I mixed up the falafel mix, which you should let sit for 30 minutes to an hour. 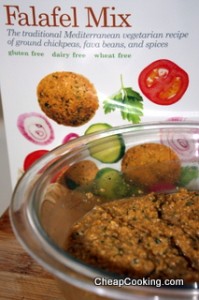 Then I mixed up a yogurt and cucumber sauce and the tahini sauce. 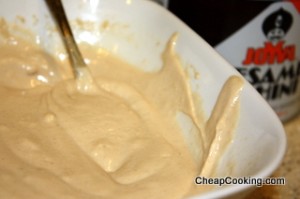 I heated the oil in my little fryer and formed the falafel into small balls and fried them at 300F, just about 2 minutes total. I drained them on a paper towel but honestly, the joy of a temperature controlled fryer is that the oil is plenty hot and the food does not absorb very much. 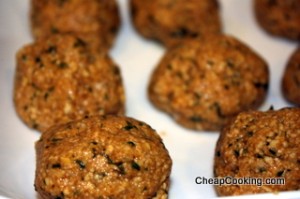 I served them on pita bread with some lettuce and more cucumber slices, plus the two sauces. I have to be honest and say my kids did not like them much but I thought they were great and had some for lunch again today.