Notice: Function add_theme_support( 'html5' ) was called incorrectly. You need to pass an array of types. Please see Debugging in WordPress for more information. (This message was added in version 3.6.1.) in /var/www/wp-includes/functions.php on line 5835
 Ground Lamb Kofta | CheapCooking );

We like my fake Gyros I make with ground beef but I’ve been wanting to try them with ground lamb or a mixture and I finally saw some ground lamb at the grocery store. And I will do that one day…but tonight I saw this recipe for Ground Lamb Kofta Kebabs on AllRecipes.com and decided to try them instead. The spices intrigued me. Reading through the comments though the amount of cinnamon seemed off to me so I cut it down to 1/2 tsp.  I almost left it out altogether as I’m sometimes not fond of cinnamon in savory dishes.  But I’m glad I left it in (and glad I only used 1/2 tsp!).  These were really good! 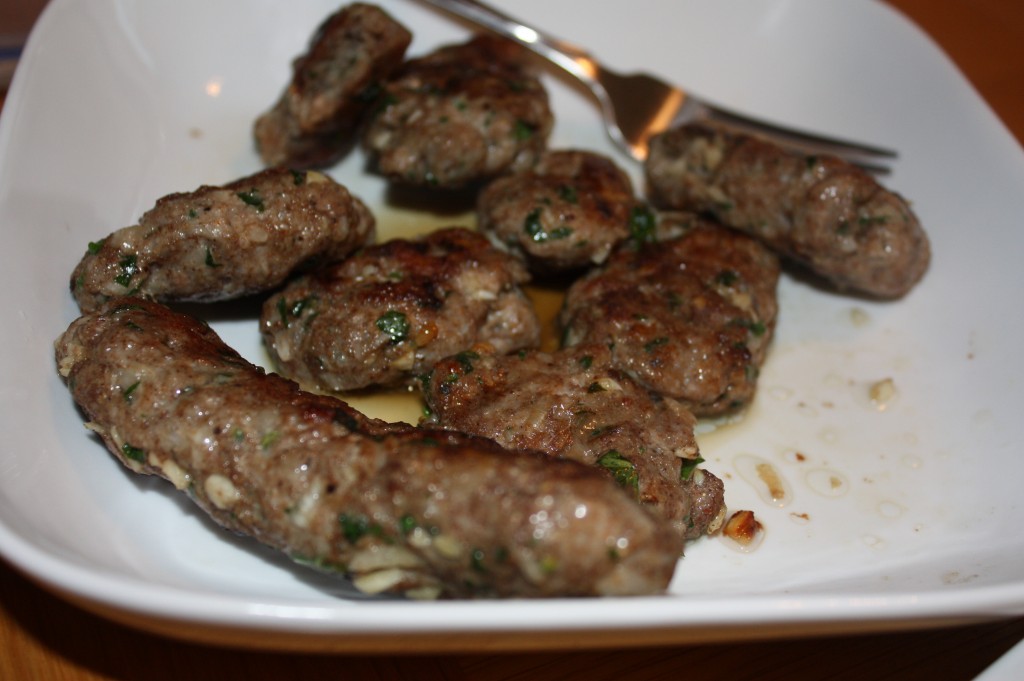 I skipped the whole skewer and grill step because my barbecue ran out of propane the other night. I just formed them into flattened sausage like shapes and cooked them on the George Foreman Grill. I don’t use that often since we can cook outside so much but it is handy for the days I don’t want to cook outside. And especially handy if you’re cooking for just one or two.

For the Tzatziki Sauce

Bringing it all Together 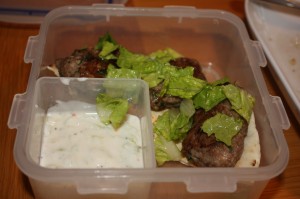