I cooked a ham last Sunday, even though there were just three of us.  (And cooked is an exaggeration… the one I bought was cooked so I really  just heated it. )  I usually follow this ham recipe because we really like the glaze.   But this one with rosemary and garlic is good, too. We had asparagus and homemade rolls as well. I was thinking ahead to ham sandwiches so figured the rolls would be worth the effort–and I was right!   College daughter took some ham and rolls back up with her to school. I know she’s made some sandwiches as well as had ham and scrambled eggs for breakfast. 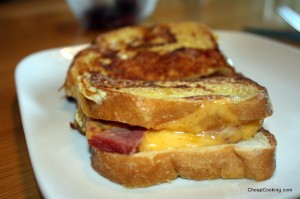 I made a grilled ham, cheddar and apple pannini one night for dinner. I really like the crunch and sweetness of the apple slices. In past years I’ve made ham and cheese with chutney, which is also good. And in 200 Best Panini Recipes

, which I picked up somewhere, I saw other ideas including adding some peach jam, which sounds yummy. You can also make the Roman Grilled Ham and Cheese pictured here.

I had a bag of 15 bean soup mix and used the ham bone to cook up some bean soup yesterday. I got smart and left the bag of beans on the counter the night before so I would remember to start them soaking at breakfast.  I started the soup cooking about 3pm. It’s nice to work from home so I can do things like this on the weeknights! 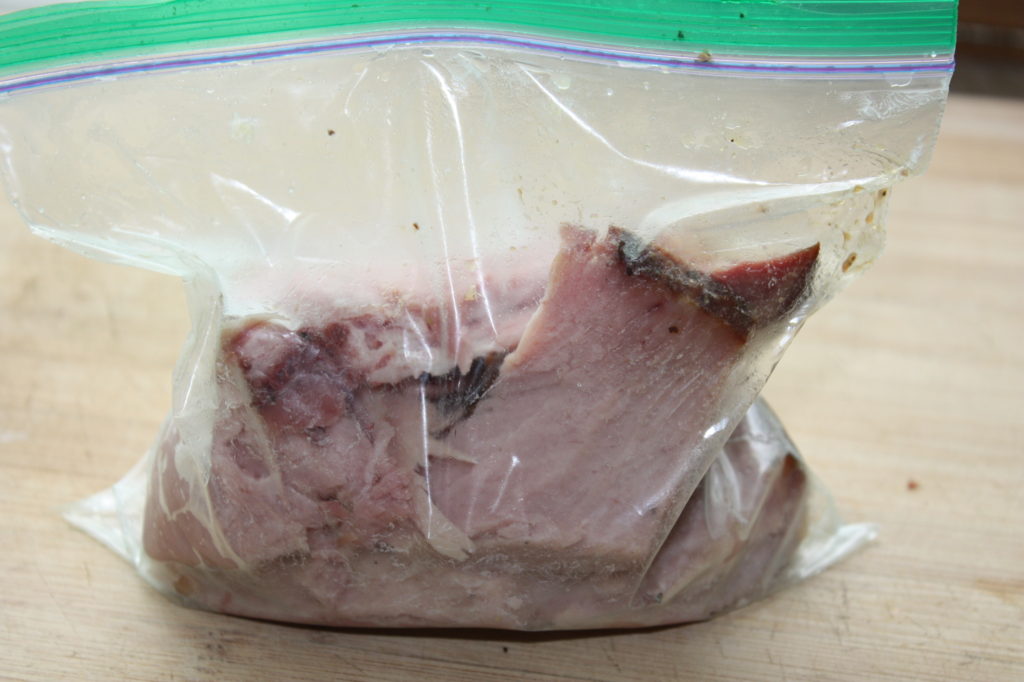 I really like this Lo Mein with Ham, a recipe I got from How to Cook without a Book

by Pam Anderson. It is something I would not have thought of on my own. It’s easily adaptable for other leftover meats of course.

I always chop and freeze some as well. It will keep several months and having it all chopped makes it easy to pull out a handful to add to some scrambled eggs or soup.

What are your favorite things to do with ham?