I don’t recall ever cooking beets before, but I do love to eat pickled beets! Still, when the doctor suggested I add some beets to the diet to increase our iron intake, I was all game to try something new. I found the easiest, most delicious way to cook them!

Wash them and cut the greens off about one inch above the bulb. Wrap each bulb in foil and bake at 400 F for an hour or more, depending on size. You should be able to stick a knife into them easily. You can apparently leave them in the foil until you want to deal with them, but I instantly unwrapped them, let the steam go off for a bit, peeled them, chopped them, cut them in chunks and sauteed in a bit of butter for a few minutes. Mmmmm!

For the greens, I took the part I’d cut off and washed them thoroughly. Then I cut the stems apart from the leaves, as they’d take longer to cook. I brought a small pot of water to boil and threw the stems in for 5 minutes, then added the leaves and cooked another 3 – 4 minutes. After draining, I put them in a bowl with a bit of butter and served with some fresh lemon wedges, like I would chard. 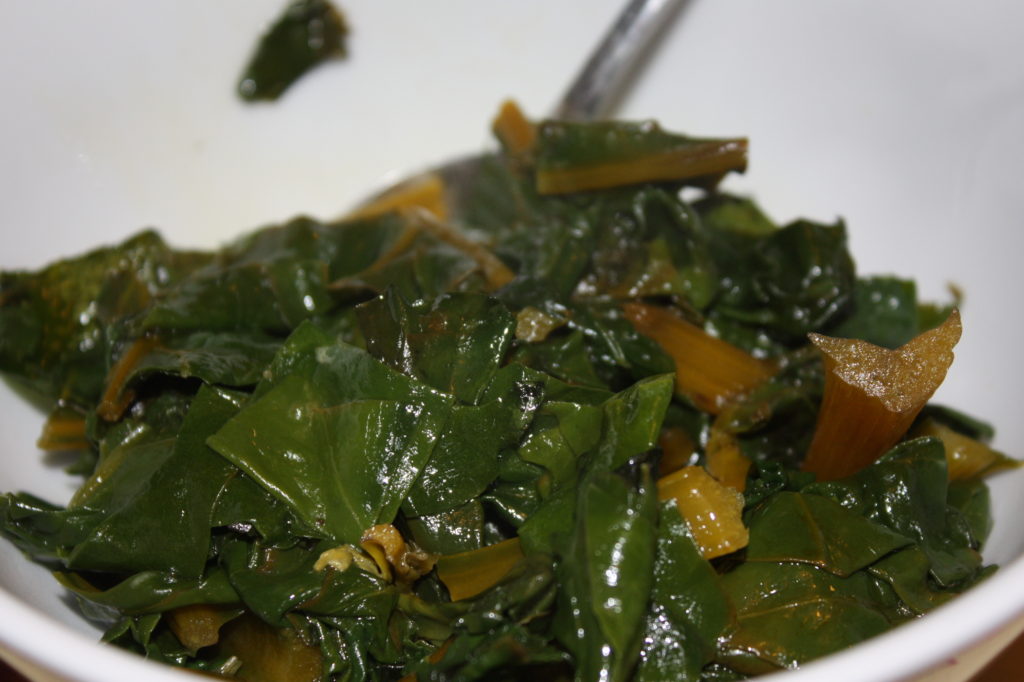 We all liked the beet roots better than the greens, but I probably should not have served them both on the same night. However, both children at them up readily enough, although the red root ends were the favorite. They’re very sweet actually and the red color could be a novelty for younger kids, if you’re trying to widen the vegetable horizons. Just be careful with clothing and such–they do stain!