Notice: Function add_theme_support( 'html5' ) was called incorrectly. You need to pass an array of types. Please see Debugging in WordPress for more information. (This message was added in version 3.6.1.) in /var/www/wp-includes/functions.php on line 5835
 Save Money with Chicken Leg Quarters | CheapCooking );

Frozen chicken leg quarters frequently go on sale at a price that’s hard to beat. You have to look and make sure they’re not including the backs, unless you don’t care because you’re mostly making soup anyway. Also, they tend to have more fatty portions that I like to cut off before doing anything else. Still, they can be a great bargain for chicken.

They’re usually sold in ten pound bags and not flash frozen, leaving people a bit nervous about buying that much chicken if they’ve not done bulk cooking before. Here are some idea when you see those bags on sale and can’t pass them up! 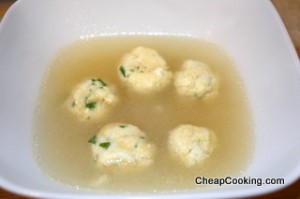 You can always just cut off the fatty portions, if any, simmer the chicken for broth, and make a variety of different chicken soups with it. In general, about 2 pounds of chicken parts would net you about 2 quarts of broth. You’ll probably want to do this in batches, unless you have a huge kettle! Add some onions, carrots, celery, pepper, and a couple of bay leaves. Pick of the meat and use some in the soups and some in other casseroles.

Freeze for Later Use

As an aside, you don’t want generally want to thaw the chicken and refreeze without cooking. But you can easily pull out some of the quarters and freeze in freezer bags with some marinade. The chicken will marinate while it’s defrosting. You can use store-bought bottled marinades and dressings or mix up your own. Later you can barbecue them or just dump the whole bag of chicken and marinade in the crockpot or a roasting pan.

Cut them into legs and thighs and follow your favorite oven-baked chicken recipe, then freeze. Lay them on a cookie sheet in your freezer until they are frozen solid; then put them into freezer bags. Later you can take out just the quantity you need for a quick dinner or pack them up for a picnic! 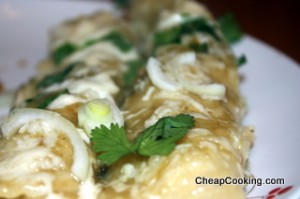 Chicken quarters easy and good to barbecue, using store-bought or homemade barbecue sauce, of course. You can leave them in quarters or cut them apart into the legs and thighs if you want smaller portions.