Notice: Function add_theme_support( 'html5' ) was called incorrectly. You need to pass an array of types. Please see Debugging in WordPress for more information. (This message was added in version 3.6.1.) in /var/www/wp-includes/functions.php on line 5831
 Cooking on a Budget | CheapCooking );

Home » Articles » Cooking on a Budget

Of course, this site is full of recipes for cooking on a budget! Here are some articles I’ve written that will help you more than just a single cheap recipe.

First, figure out how much things really cost. Some meats that are cheaper by the pound have fewer servings in each pound so you may end up spending more to feed your family than you need to. Of course, you can stretch that meat even further by making meat a more minor part of the meal, like with fried rice or stir fry.

If you’re just getting started, read my Kitchen Basics article to see what you might need to buy. You can always hit the thrift stores and probably find an old slow cooker, some mismatched pans, and a few other basic things. Upgrade later when you have more money.

Batch Cooking Can Help You Cook on a Budget 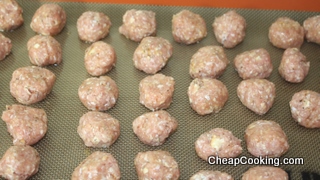 Doing a bit of batch cooking lets you take advantages of sales, whether you’re stocking up at the grocery store or a big box store. (Note: Bring a friend to the big box stores with you and split a few things you wouldn’t otherwise try!)

The idea of cooking lots of meals in one day can be overwhelming, plus who wants to eat what might seem like leftovers every day?! Instead, I like to prepare some starting points for meals. Having some cooked ground beef in the freezer in meal size portions, for examples, lets you fix some shepherd’s pie, tacos, burritos or many other things much more quickly than if you had to start by browning the beef. And boiling the ground beef is much simpler! Likewise, having some flank steak frozen in a marinade means you can just pull the steak out to thaw the night before without doing anything else. Throw it on the grill or broil it the next day with some vegetables and rice and you’ve got dinner. 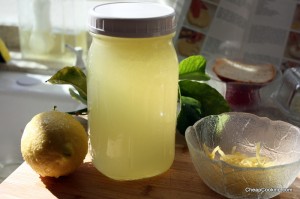 Here are some of my favorite cookbooks. To save money, see if your library has them first and borrow for a few weeks before you spend the money buying them if possible.