Being able to walk out into the garden and pick zucchini for dinner is great. Last year my plants went crazy and I had zucchinis galore as well as lots of squash blossoms. My plants are slower this year (I tried a different spot in the garden) and I don’t have nearly the production I did last year.  But I do still get some at least. I pulled out the spiralizer I’d bought last year and played with some new-to-me ways to cook with the spiralized zucchini. 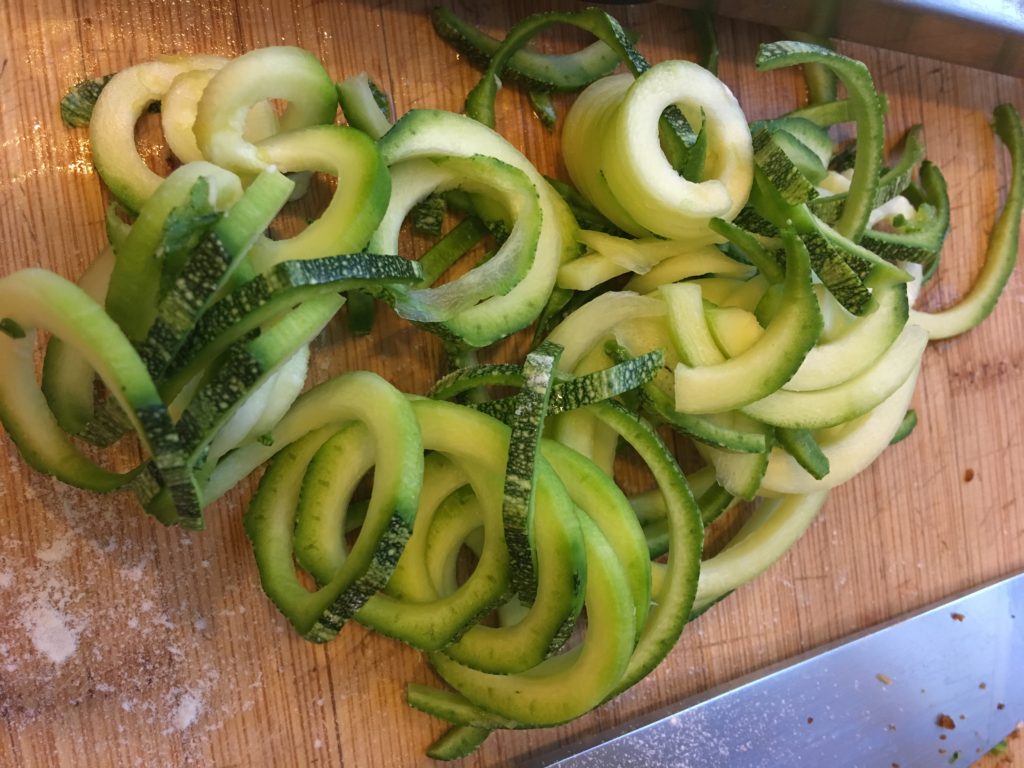 My boyfriend’s mother mentioned cooking slice zucchini in chicken broth.  The first time I tried that I added julienned carrots to the zucchini and added salt, pepper and grated Parmesan after they were cooked. Mmmm!  The second time I skipped the carrots. That was still good but not as pretty. 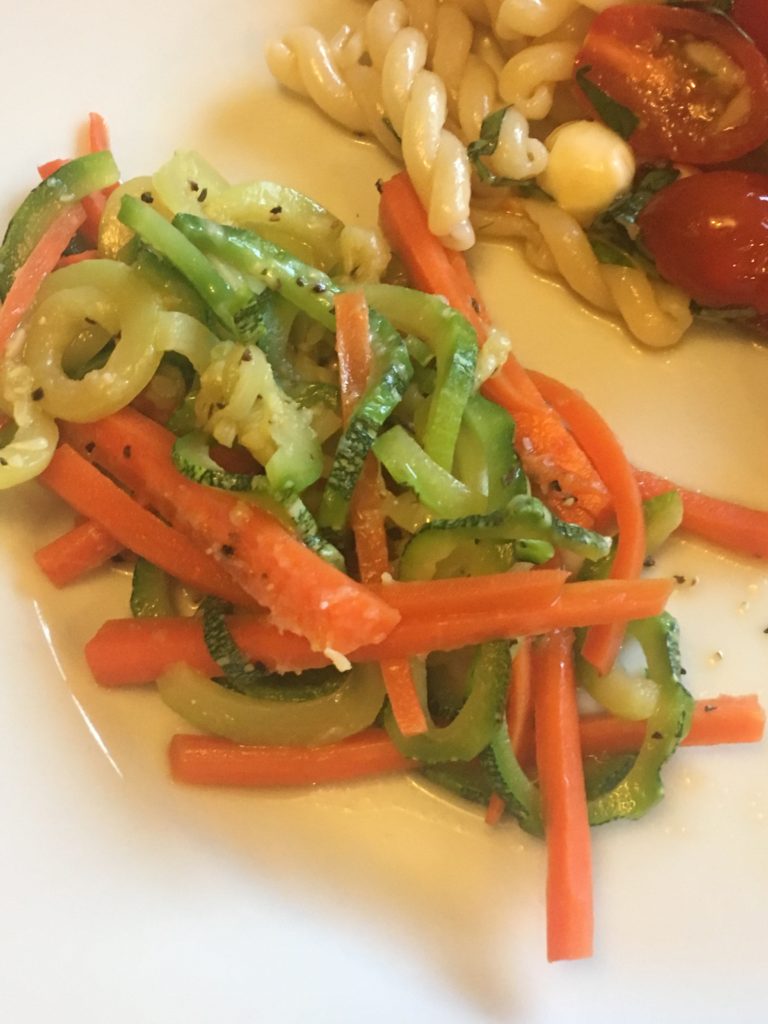 I also took some spiralized zucchini and cut the pieces in half or thirds so they weren’t too long. I dipped them in flour, then egg, then breadcrumbs and fried them, then served with a little Ranch dressing. 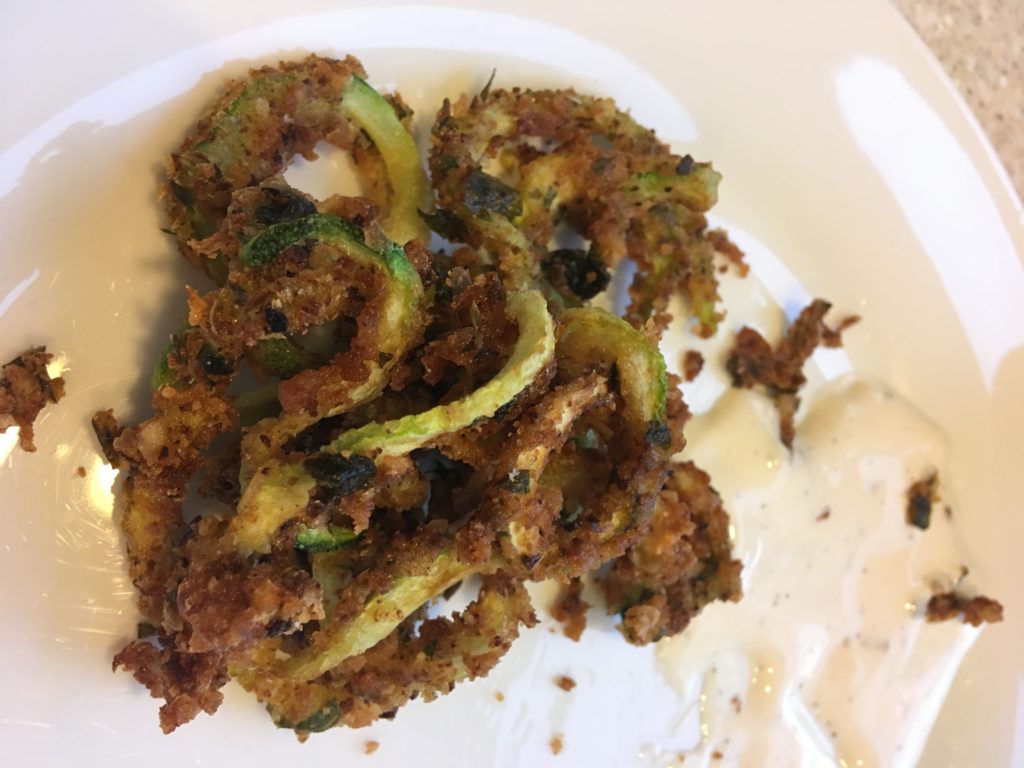 I’ve made fried zucchini before. If you want more details you can go read the post here. There’s also a really good Ranch dressing recipe here.

If you’re looking for more zucchini ideas, try some of these: